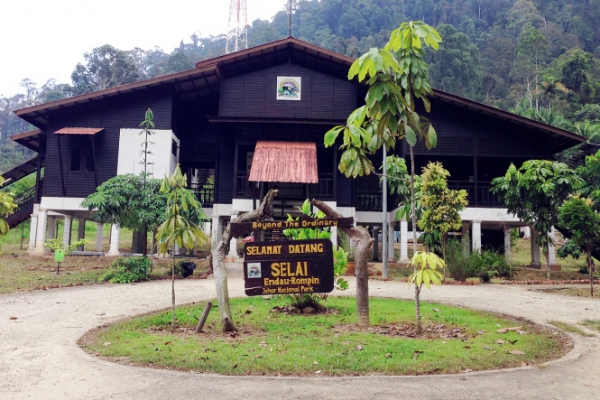 The Endau-Rompin State Park, the second largest national park in Peninsula Malaysia after Taman Negara, straddles the Malaysian state borders of Johor and Pahang. It is situated in the southern part of the state of Pahang and is named after the rivers of Endau (in Johor) and Rompin (in Pahang) that meander majestically through the Park.This State Park encompasses an area of 31,797 hectares or over 488 square kilometers and is one of the last remaining lowland dipterocarp forests in Peninsular Malaysia.Endowed with natural beauty and a rare eco-system, the rainforests of the Endau-Rompin State Park, like the rainforests in other parts of Peninsular Malaysia, is more than 130 million years old.